See the whole range of our products in our Online shop.

Check out these Sidamo Ethiopian beans. Sidamo is a mountainous region in Ethiopia.

Check out these other varieties.

Delivered To Your Door

What are Ethiopian coffee beans?

Ethiopian coffee beans are coffee beans that originate from Ethiopia. Ethiopia has a long-standing and decorated history of coffee production, one that dates back numerous centuries ago. It is home to one of the most popular strains of coffee, Coffea Arabica, known as Arabica coffee.

Where is the origin of coffee in Ethiopia?

It is believed that, about one thousand years ago, a goatherd stumbled upon the coffee tree in Kaffa. Thus, the origin of coffee in Ethiopia is in Kaffa. Even the name is similar to Coffee.

Why is Ethiopian coffee so good?

Ethiopian coffee, ostensibly, is known for its bright mouthfeels and the winery taste and quality it comes with. The coffee beans from this region are typical of higher acidity and come with complex flavour notes.

What is the best roast for Ethiopian coffee?

How many types of coffee are there in Ethiopia?

There is a myriad of Ethiopian coffee varieties. Ethiopian coffee is grown in a specific region in the country; Harar, Limu, and Yirgacheffe. The climatic and soil conditions of these places differ, which affects the taste of the coffee each place produces.

The coffee types are mainly marketed under the regions of their origin.

These coffee types are Sidamo, Harar, and Genika.

What is Yirgacheffe coffee?

Such elevations hinder the rapid growth of coffee. Since the coffee trees grow at a slow rate, they have more time to soak in all the nutrients in the soil. With the local climate, the Yirgacheffe also plays a huge role; the berries can develop a more robust flavour.

Yirgacheffe coffee is considered to be the best coffee produced in the southern part of Ethiopia and also holds its own alongside other coffee varieties from other regions.

Single-origin coffee is coffee that comes from a small and specific region in the world. Most coffee connoisseurs do insist that a single coffee origin is, in fact, superior to other types of coffee because it is purer and more consistent in taste. This exclusivity makes single-source coffee more appealing.

Yirgacheffe Coffee is, in fact, single-origin since it is only grown and processed in the Yirgacheffe origin. That is the reason why it has distinctive notes, aromas, and feelings it induces.

Is Ethiopian Coffee arabica or robusta?

Ethiopian coffee is Arabica. Ethiopia is where the coffee Arabica, which is the coffee plant, originates from. Now, it is grown in numerous parts worldwide, but Ethiopia still produces a lot of it. As mentioned earlier, Ethiopia produces three percent of all the coffee globally, which is pretty big.

What is Ethiopian Harrar coffee?

Ethiopian Harrar coffee is a wild and exotic naturally processed variety of Arabica coffee. It is mainly grown on small farms located in the Oromia region, formally known as Harrar. Thus, the coffee is eponymous.

Ethiopian coffee has a mild and pleasant acidity, as well as a heavy winery and floral taste. The coffee also has a bright fruited taste. One is left with notes of blueberry, jasmine, and bergamot in the aftertaste.

The fruity flavours that characterize Ethiopian coffee can come across and sourness. This fact is proliferated when you switch to light coffee, like Ethiopian coffee, and you are used to the darker roasts.

It is strong. Even though Ethiopian coffee is so diverse, with so many different flavour profiles, most of the coffee, especially from regions such as Sidamo and Limu, is complex and can prove strong, especially with nascent coffee drinkers.

This will depend on the type of Ethiopian coffee you are drinking. The coffee grown in some areas in Ethiopia will prove to be more acidic than others, so you have to check where the coffee is from. Ostensibly though, Ethiopian coffee is of mild acidity.

Does Ethiopian coffee have more caffeine? 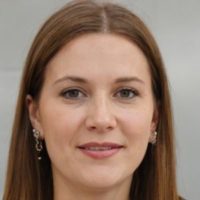 Jane
 5/5
The only place to buy specialty beans! 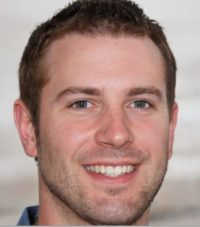 Buy Coffee Beans now and get them delivered express to you. We also stock other products, check out the Best Coffee Beans Shop!